A woman sits on Santa's lap, played by Issa Kassissieh, at Santa's House in the Old City of Jerusalem, Israel, on December 19, 2018, before it opens for visitors. Issa Kassissieh, a Christian Arab living in the Old City's Christian Quarter is thought to be Jerusalem’s only Santa Claus. He has turned the first floor of his 700-year-old house into Santa's House. He has been doing it for a number of years unofficially, and in July was fully ordained as Santa Claus at a conference in Copenhagen and has even been to Santa school in Denver and Michigan. According to him, he is the only one in Israel and perhaps even in the middle east. 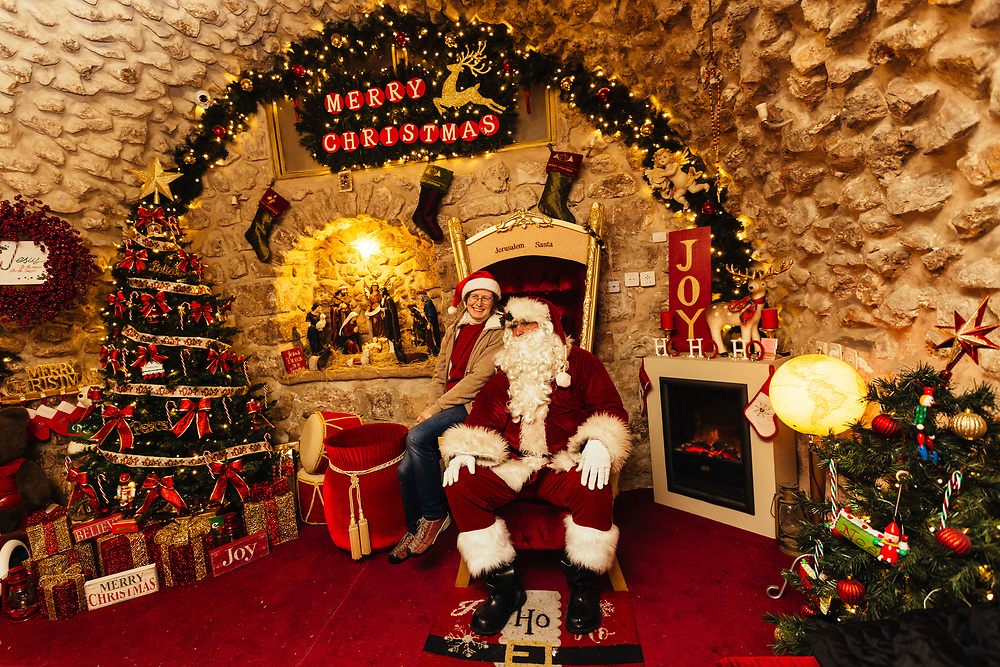