A Muslim woman walks through an opening in Israel's separation barrier in the East Jerusalem village of Abu-Dis on May 8, 2006.
In June 2002, the government of Israel decided to erect a physical barrier to separate Israel and the West Bank in order to prevent the uncontrolled entry of Palestinians into Israel . In most areas, the barrier is comprised of an electronic fence with dirt paths, barbed-wire fences, and trenches on both sides, at an average width of 60 meters. In some areas, a wall six to eight meters high has been erected in place of the barrier system.
Of all Israel's separation barriers, it is the most hotly controversial - between Israelis and Palestinians, internationally, and also inside the Israeli society itself. The controversy stems mainly from the government's decision not to stick to Israel's 1949 Armistice lines (Green Line) but rather build the barrier within the West Bank - in some stretches, deeply within, dividing villages and neighborhoods.
Opponents of the project say that this proves its purpose is not to stop suicide bombers, which would been equally served by a fence along the Green Line, but by the intention to effectively annex parts of the West Bank, especially those where Israeli settlements have been created, as well as water sources - and define the future borders with Palestine unilaterally and ahead of negotiations.
Supporters assert that the barrier is a necessary tool protecting Israeli civilians from Palestinian terrorism, including suicide bombing attacks that increased significantly during the al-Aqsa Intifada. It has helped to significantly reduce incidents of terrorism from 2002 to 2005; its supporters assert that the onus is on the Palestinian Authority to fight terrorism. 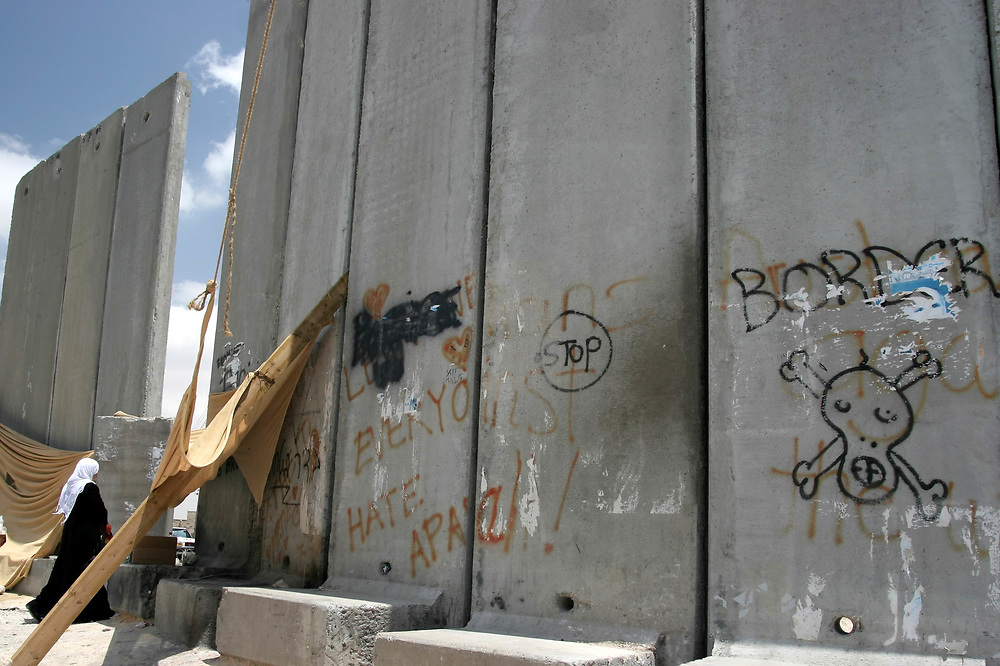