Ruth Borovsky, 29, a former ultra-Orthodox Jewish woman that has left the strict Jewish religious community in which she lived for most of her life, is seen taking a photograph of a sculpture using her smartphone at Mamilla Mall, also called Alrov Mamilla Avenue, an upscale shopping street and the only open-air mall in Jerusalem, Israel, on November 25, 2019. Ruth Borovsky is a client of Hillel - The Right to Choose, an Israeli non-profit organization dedicated to helping young adults who have left the ultra-Orthodox Jewish world integrate and lead successful lives as members of secular Israeli society. 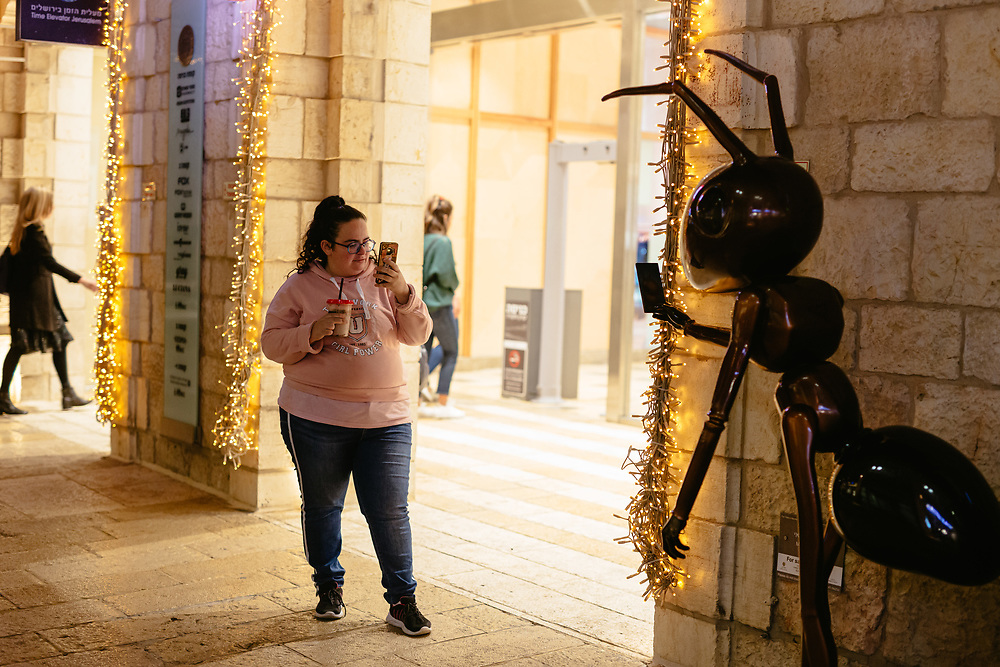