Speaker of the Knesset Reuven Rivlin (L) speaks as Israel's Prime Minister Benjamin Netanyahu (2nd R) looks on, as they attend the opening of a new exhibition commemorating the 50th anniversary of the verdict against Eichmann, at the Knesset, Israel's parliament in Jerusalem, on December 12, 2011. Eichmann, who was captured by Mossad operatives in Argentina and taken to Israel to face trial in an Israeli court, is considered responsible for the planning and execution of the Final Solution, Nazi Germany's plan and execution of the systematic genocide of European Jews during World War II, resulting in the murder of over six million Jews during the holocaust. Eichmann was found guilty and executed by hanging in 1962, he is the only person to have been executed in Israel on conviction by a civilian court. 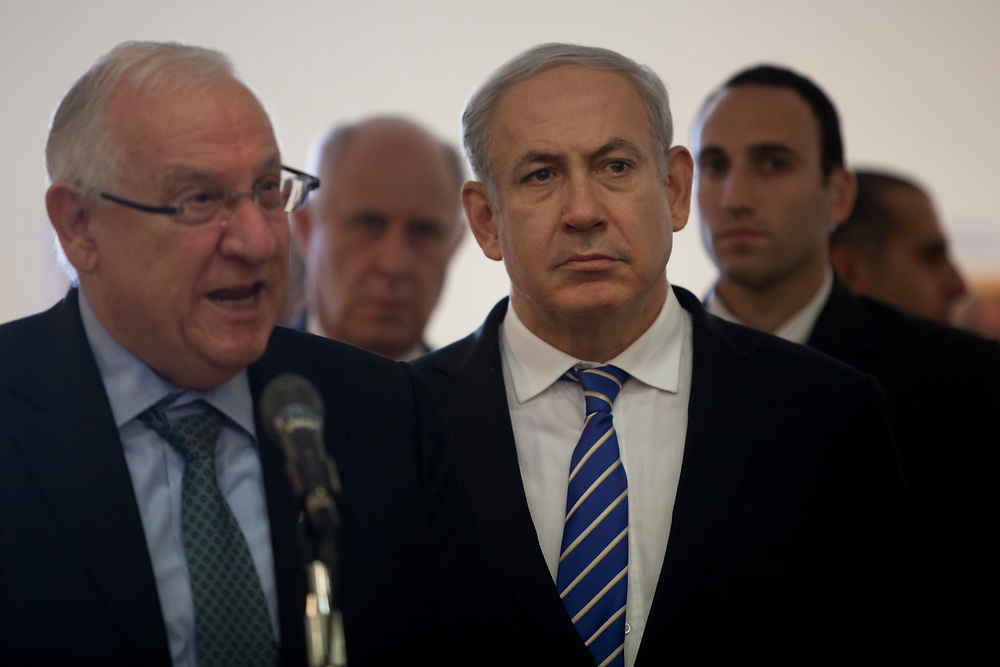