An instructor (L) helps a visitor to pour dirt and debris to a wheelbarrow at the Emek Zurim wet-sieving facility site, located on the mount of olives in Jeursalem, on August 3, 2010. In 1999, the Muslim waqf, responsible for preservation of holy sites on the Temple Mount, began construction on the south-east side of Temple Mount, at a site known as Solomon's Stables. Despite objections by leading archaeologists, claiming that this would inflict irreparable archaeological damage to the site; the construction continued, and vast amounts of dirt and land were removed from the Temple Mount. The Temple Mount Antiquities Salvage Operation, led by archeologists Prof. Gabriel Barkay and Zachi Zweig, is currently engaged in sifting through the 600 tons of dirt and land from the site. This project, operated under the auspices of the City of David, is located in nearby Emek Zurim National Park. The salvaged findings continue to astound visitors with discoveries dating back to the First and Second Temple Periods. 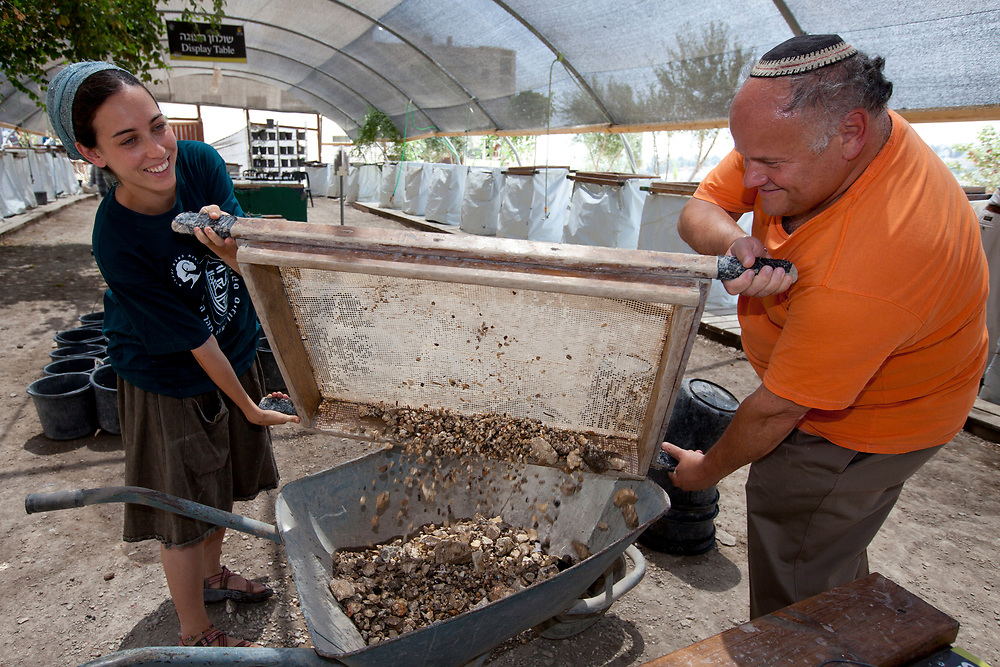