Israel's Prime Minister Benjamin Netanyahu gestures as he speaks during a special session marking the 37th anniversary of Entebbe Raid, at the Knesset, Israel's parliament in Jerusalem, on July 2, 2013. Operation Entebbe was a rescue mission performed by several Israel Defense Forces units in Uganda on July 4th 1976, for the liberation of 98 Jewish and Israeli hostages that were on board an Air France aircraft that was hijacked by Palestinian and German terrorists on June 27th, 1976. Operation Entebbe is sometimes referred to retroactively as 'Operation Jonathan' in memory of Yonatan Netanyahu, who was the older brother of Israel's Prime Minister Benjamin Netanyahu and the commander of the elite Israeli military unit sent for the mission. Yoni Netanyahu was the only Israeli soldier killed in the operation. 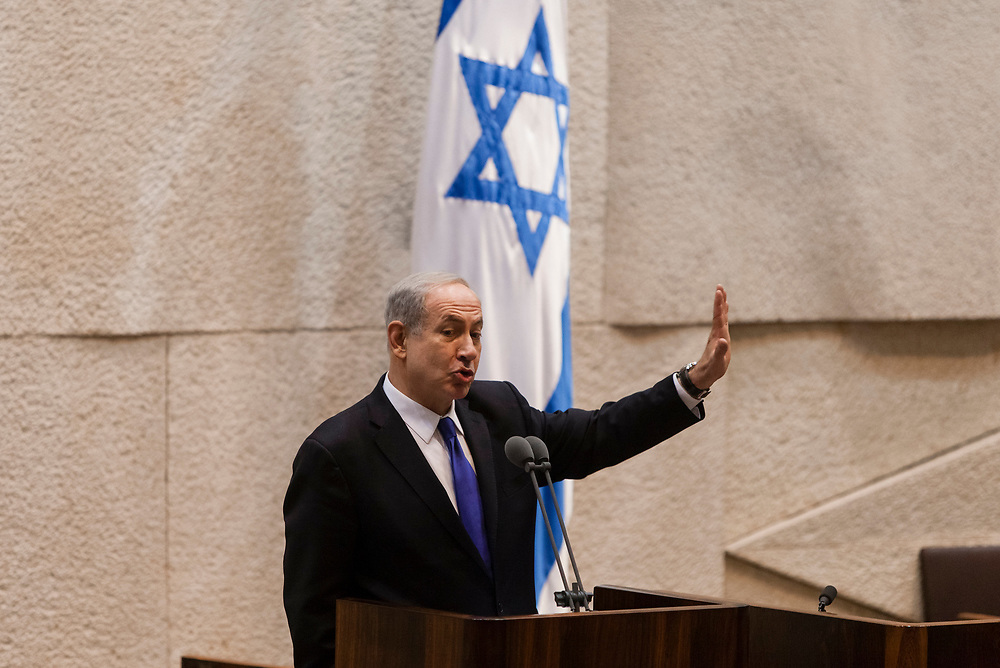