The Palestinian village of Beit Jalla (L) and a section of Highway 60 exiting Jerusalem (R), are seen behind a section of the Gilo protective wall in Jerusalem, on August 12, 2010. On Sunday, August 15, the IDF will begin to dismantle the wall which protected the residents of Gilo neighborhood in Jerusalem, from gunfire and mortar shells. The wall was put up in 2001, during the Second Intifada, when Gilo came under intense near daily attacks from the adjacent Arab village of Beit Jalla, which had been handed over to the Palestinian Authority under Yasser Arafat, as part of the Oslo Accords. The IDF stated that the decision to remove the wall was preceded by a security assessment at Central Command which determined that the move was a safe one. 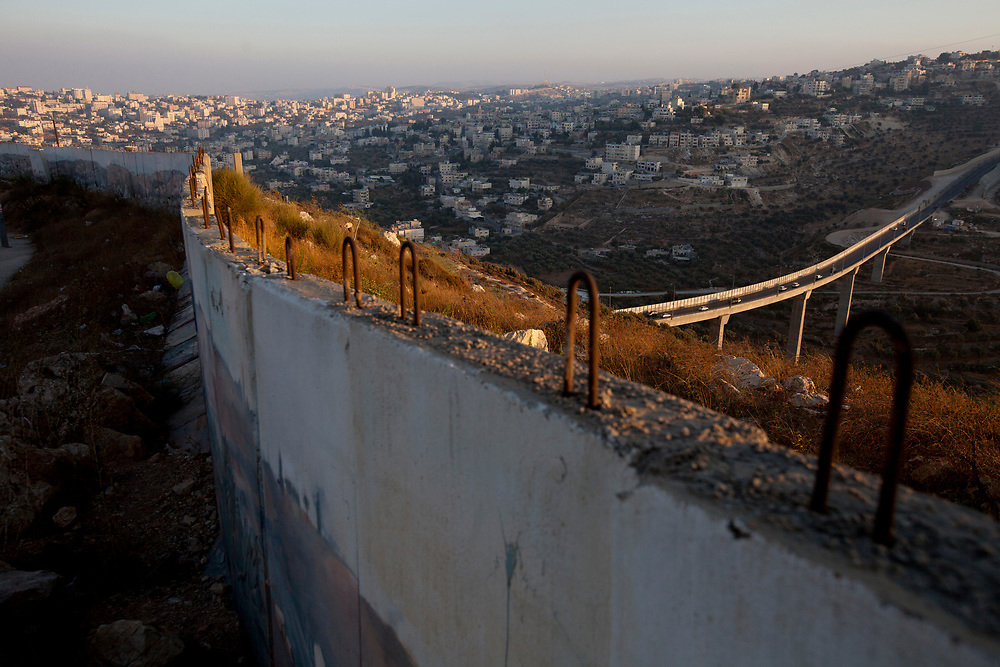