Israeli and French friends, and relatives, carry the body of Francois-Michel Saada during the joint funeral of four Jewish victims of the terrorist attack on a kosher grocery store in Paris last week, at Givat Shaul cemetery in Jerusalem, Israel, on January 13, 2015. Thousands of mourners attended the funeral of Yohan Cohen, Philippe Braham, Francois-Michel Saada and Yoav Hattab, the four French Jews killed in the attack, after their bodies of were flown to Israel from France for burial in the Jewish state. 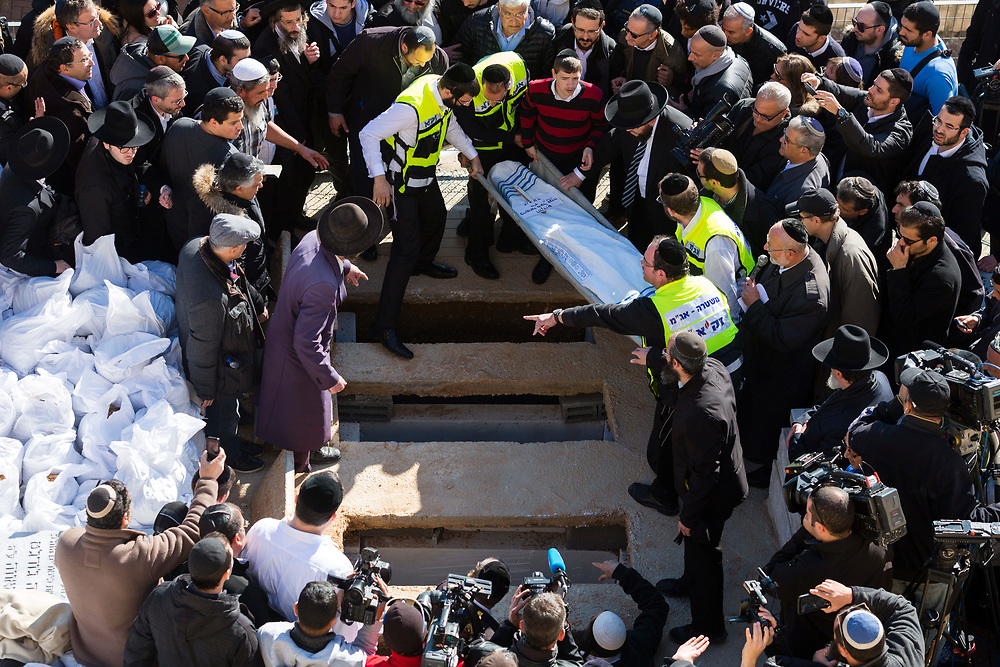