Israeli Minister of Foreign Affairs, Avigdor Lieberman, is seen during a ceremony at the Ministry of Foreign Affairs in Jerusalem, Israel, on January 22, 2015. During the ceremony, a rare 200-year-old Torah scroll handwritten with pomegranate juice concentrate on deerskin, which sat for decades in the Iraqi intelligence's cellars, was being placed at the synagogue of the Foreign Affairs Ministry. The Torah scroll has undergone a complicated restoration process by a Torah scribe after being kept for years in a storeroom at the Israeli Embassy building in Amman, Jordan. It was likely smuggled there along with other ancient Torah scrolls found by American soldiers in the Iraqi intelligence's warehouses, which were seized by U.S. forces during the second Gulf war. 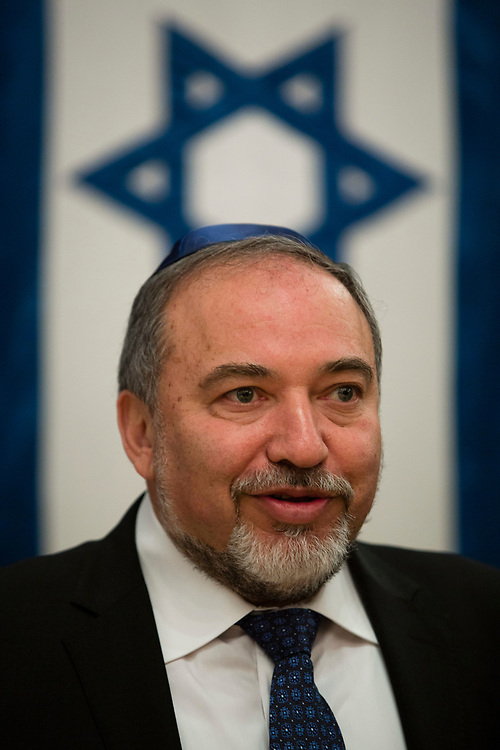