A Google Street View car is displayed as Mayor of Jerusalem Nir Barkat (C), rides a Google Street View tricycle and Google Israel, South Africa & Greece managing director Meir Brand (R) stands next to him, following a press conference in Jerusalem, Israel, on September 12, 2011, in which Google has announced it will begin collecting images in Israel for the "Street View" feature in Google Maps. In the coming weeks, Israel will join more than 30 other countries around the world which operate Street View, as Google cars and tricycles will begin driving and taking 360-degree photographs of streets, tourist destinations and other locations around the country. Images collected by the cameras mounted on vehicles will be processed and carefully stitched together to allow users to explore virtually and navigate cities, neighborhoods, streets and sites through panoramic street-level images. 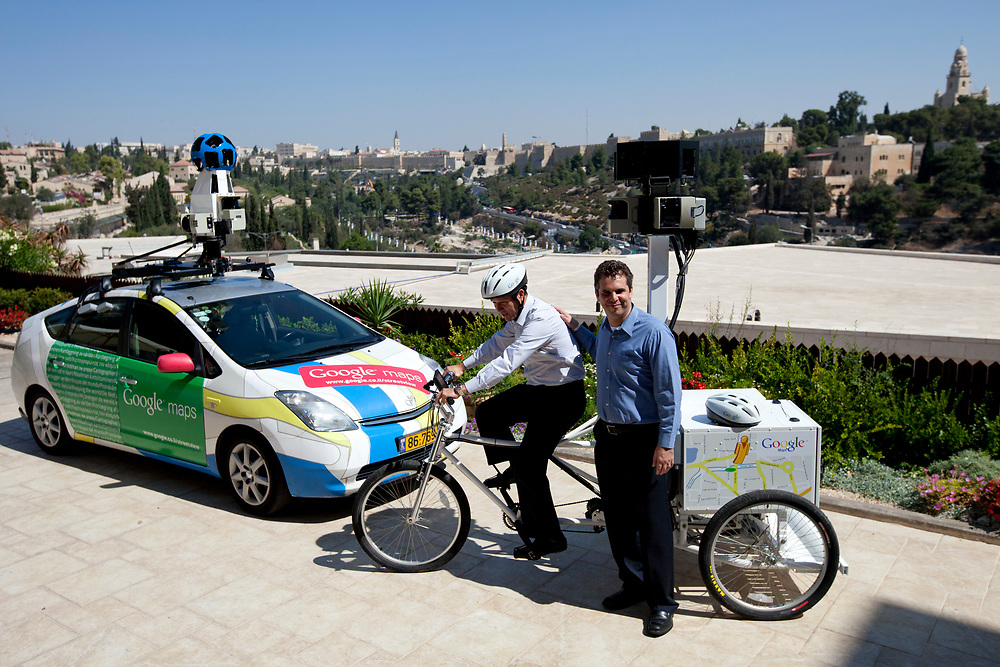