Protesters carry signs and hold up pictures of Jonathan Pollard, a Jewish American who was jailed for life in 1987 on charges of spying on the United States, during a demonstration calling for his release outside the President's Residence in Jerusalem, during a meeting of Israel's President Peres and a delegation of U.S. Republican congressmen, on August 17, 2011. Pollard is a convicted Israeli spy and a former United States Naval civilian intelligence analyst who received a life sentence in the mid 1980s. The Israeli government has made several requests for Pollard's release, all of them declined by US authorities. 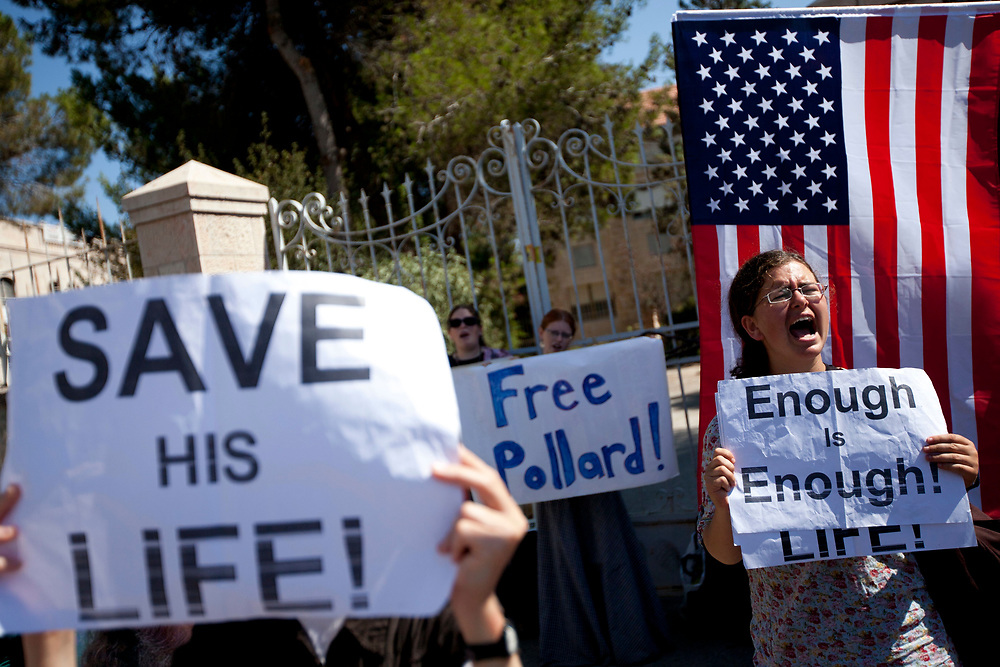